We were approached to work on the latest music video for the title track from alt folk band Paper Aeroplanes’ new album, Joy.

Singer Sarah Howells told us that the song was about the root of happiness and finding a way not to be consumed by negative thoughts: ‘I’m still as guilty as anyone else of forgetting how to be happy. It’s basically about the things that bring us joy that we sometimes ignore or fail to notice.’

We developed a series of concepts to reflect the song’s tone and key messages – the root of happiness and the importance of finding a way without being consumed by negative thoughts. The approach that the band selected was then worked up into a treatment with some hand drawn sketches, before progressing to a full storyboard.

Our motion designer Francesca Fornoni led on the chosen concept, producing a video that follows an animated version of the lead singer on her journey through a labyrinth, where she stumbles across her greatest fears before meeting Joy, a younger and more colourful version of herself. 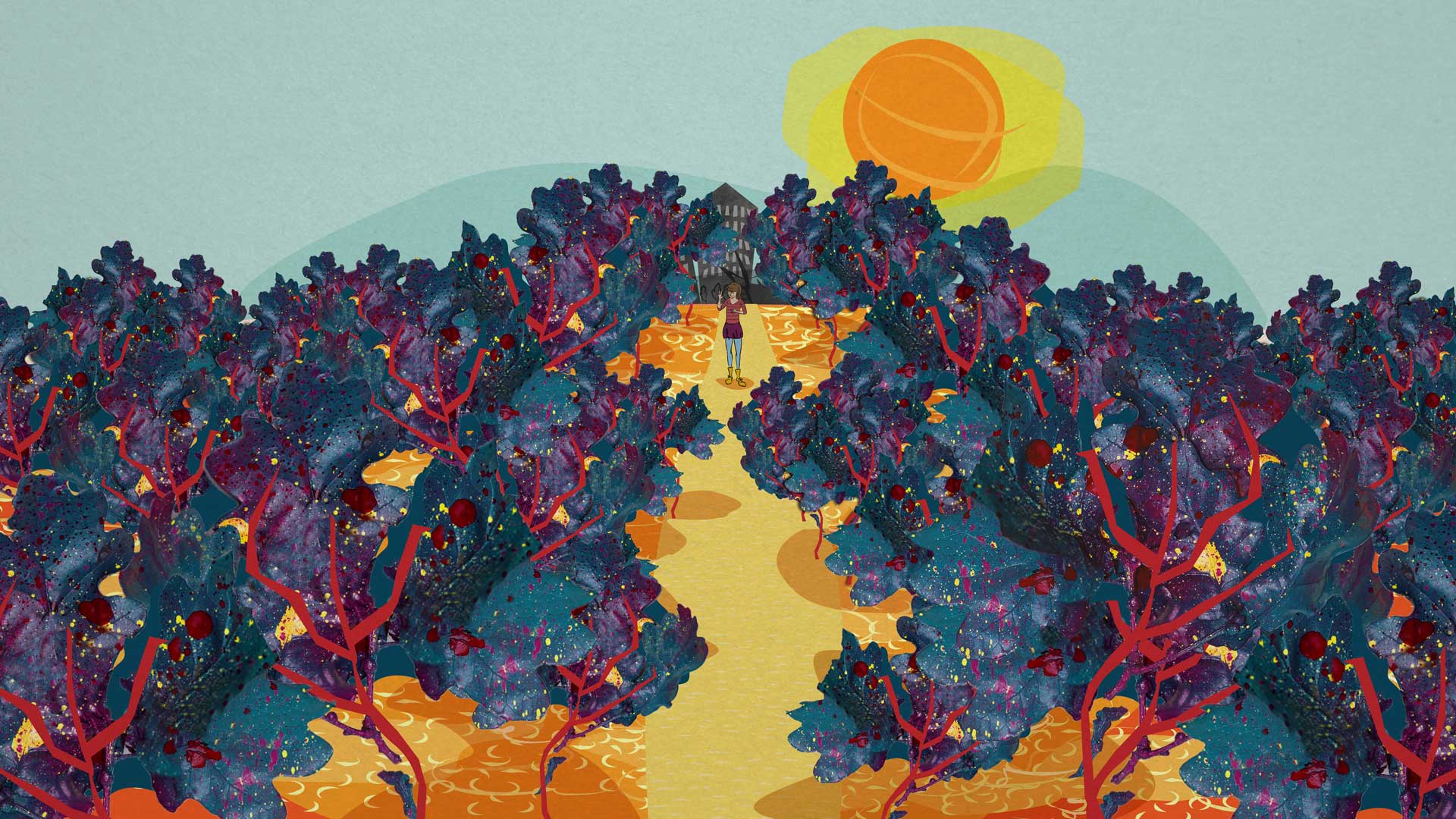 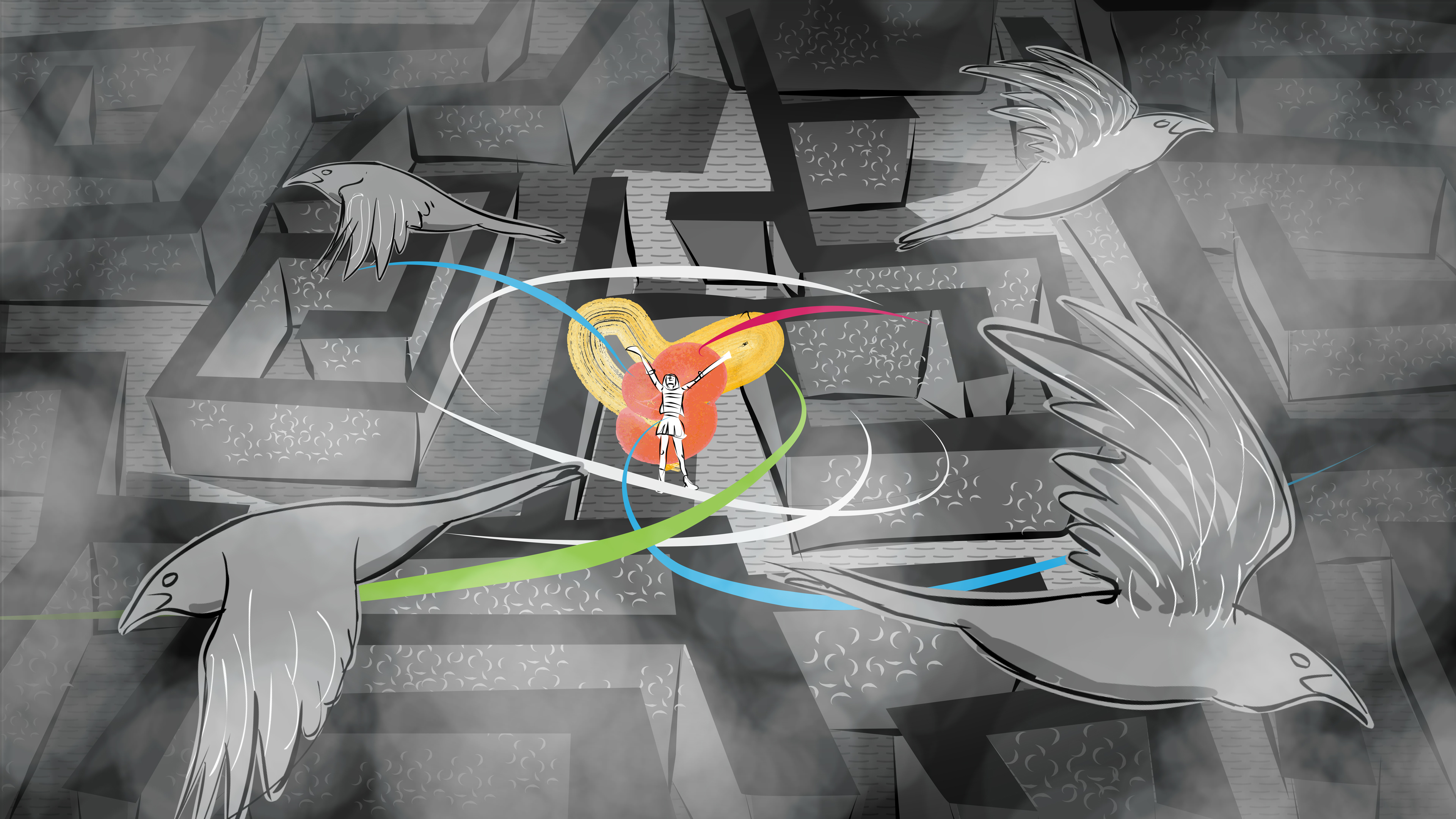