A Poet in New York

Our VFX work on this BBC feature about poet Dylan Thomas’ final days saw us pick up the the BAFTA Cymru Award for Special and Visual Effects 2015.

One of the main sequences we tackled involved Tom Hollander, who played the Welsh poet, on the Chelsea Hotel balcony. This was filmed in Cardiff, and it was our task to change Dylan’s view to be 1950s New York. We consulted images from the time period, and also the stock footage which was used elsewhere in the drama, to ensure a high level of authenticity.

As both day and night versions of the scenes were required, we modelled all the elements rather than use a 3D matte painting. This allowed the team to control the light, particularly important in night shots as car headlights and neon signs needed to bounce and reflect off each other. CG vehicles and people were used to bring life to the shots. All the modelling was done in Autodesk 3DS Max and compositing in The Foundry’s Nuke.

The film aired in BBC Wales as part of their Dylan Thomas Centenary season in 2014 and was subsequently aired in the USA on BBC Worldwide. 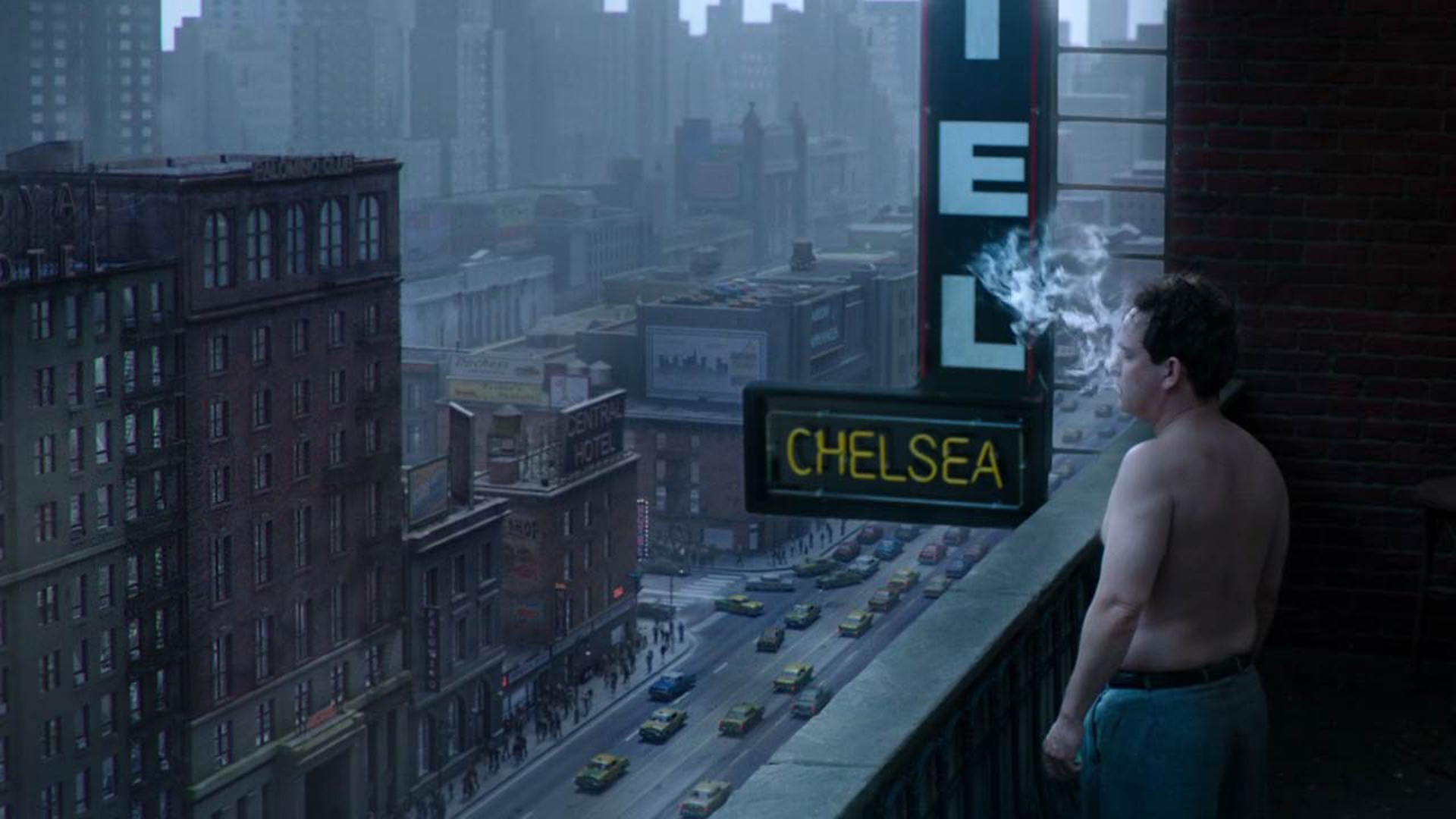 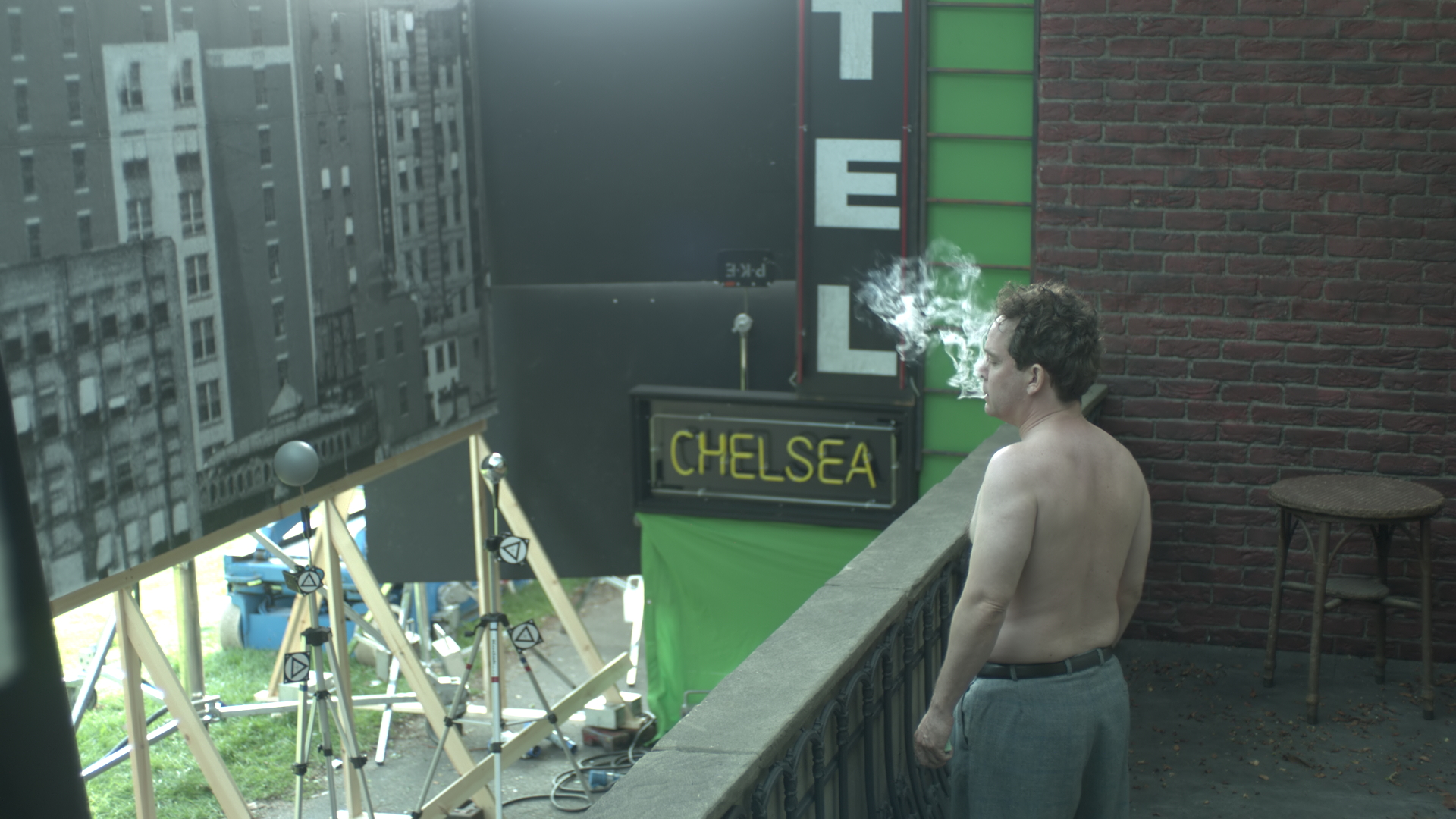