Our visual effects team have had a change of pace recently. Alongside our regular television, film and advertising work we have completed two contemporary arts projects in the past few weeks.

We partnered with Mark James, one of our longstanding collaborators, to create a series of hoax videos showing a meteor landing in Cardiff Bay. We did three shots overall and the challenge was to have the meteor hit the same parts of each shot at the same time. As all three shots were filmed at the same time, the clouds were identical in each so we used them to line up the meteor. This was basically trial and error as the shot taken from the pier was closer to Flatholm than the shot taken from the Cardiff Bay Barrage, and the angles differed. The footage managed to convince the public and the national press and the videos were covered extensively in the media as a result. The meteor footage was created to promote “A Response’, part of the Cardiff Contemporary visual arts festival which can be seen from today in the Angel Hotel, here in Cardiff. We worked closely with Mark, helping him plan the best way to shoot the footage on a smartphone to allow us to create a believable meteor, which based on the response online certainly did the trick.

On a larger scale we have also been working with Bedwyr Williams, who we collaborated with previously on Hotel 70°, on his entry to Artes Mundi 7. We worked with him to create his installation, Tyrra Mawr (Big Towers), which features an ambitious 4K twenty minute long digital matte painting. Within film and television a matte painting may only be seen on screen fleetingly, despite the amount of work that goes into making it look as real as possible. Having the opportunity to create something that will be watched for a much longer amount of time was a fascinating and interesting challenge. Artes Mundi runs from today until February, and you can see Tyrra Mawr at the National Museum of Wales in Cardiff in Gallery 21. 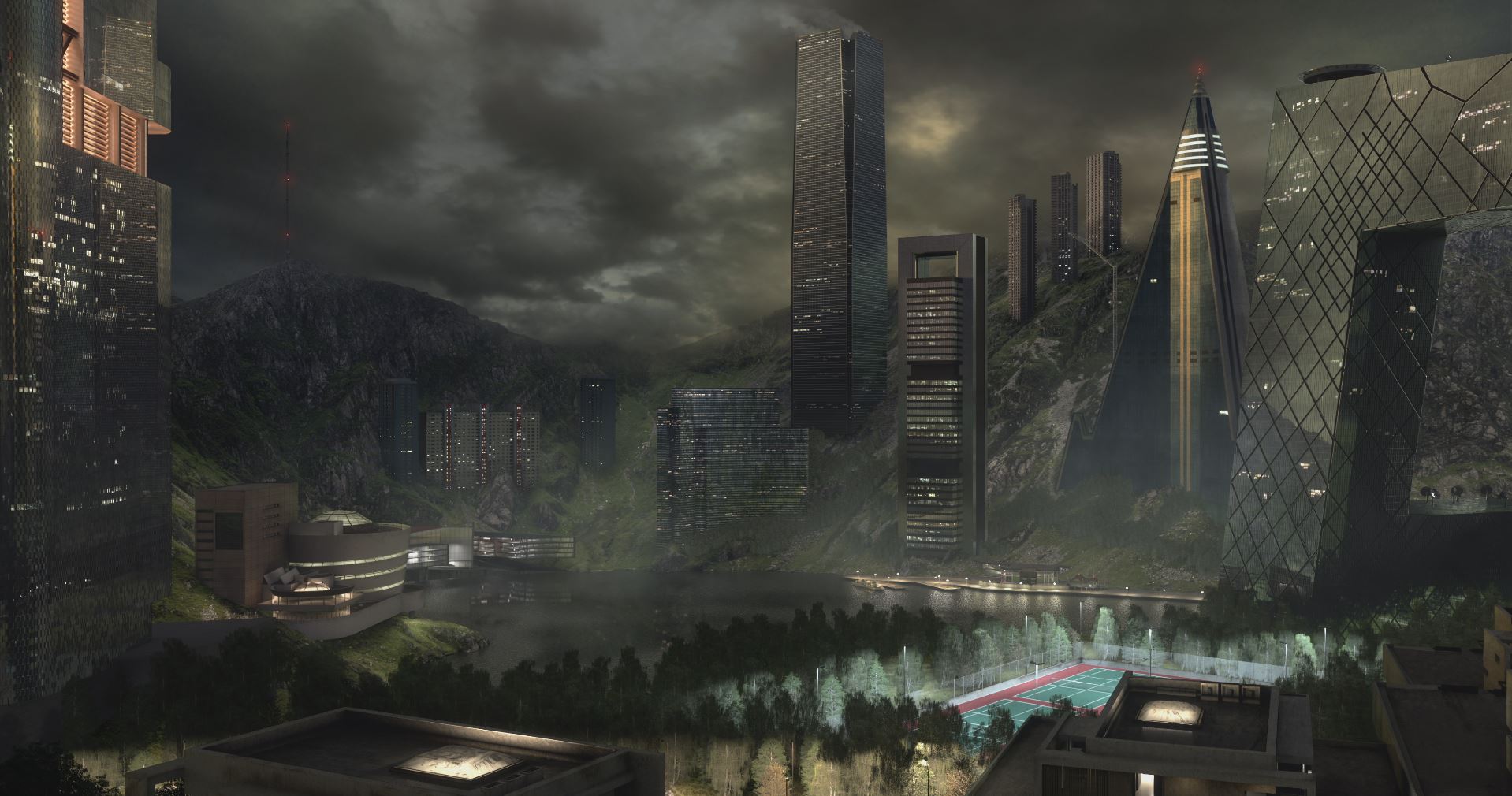