Bait picked up two nominations in this year’s BAFTA Cymru awards, with both our motion design and visual effects work recognised in their respective categories.

Our first nomination was in the Titles and Graphic Identity category for the work we designed and created for critically-acclaimed football documentary Jack to a King: The Swansea City Story for YJB Films.
Our second was for Special and Visual Effects (with our friends at Real SFX) for work on the TV film A Poet in New York for Modern Television. The drama documents the final days of poet Dylan Thomas and was broadcast on BBC One Wales, BBC Two and BBC America. Much to our delight we won the award in this category, beating off fierce competition from VFX heavy shows Doctor Who and Da Vinci’s Demons.

One of the main VFX sequences in the film involved Tom Hollander, who played the Welsh poet, looking out from a balcony on the Chelsea Hotel. This was filmed in Cardiff, and we changed Dylan’s view from green-screen to 1950s New York, both day and night. We consulted images from the time period, and also the stock footage which was used elsewhere in the drama, to ensure a high level of authenticity. 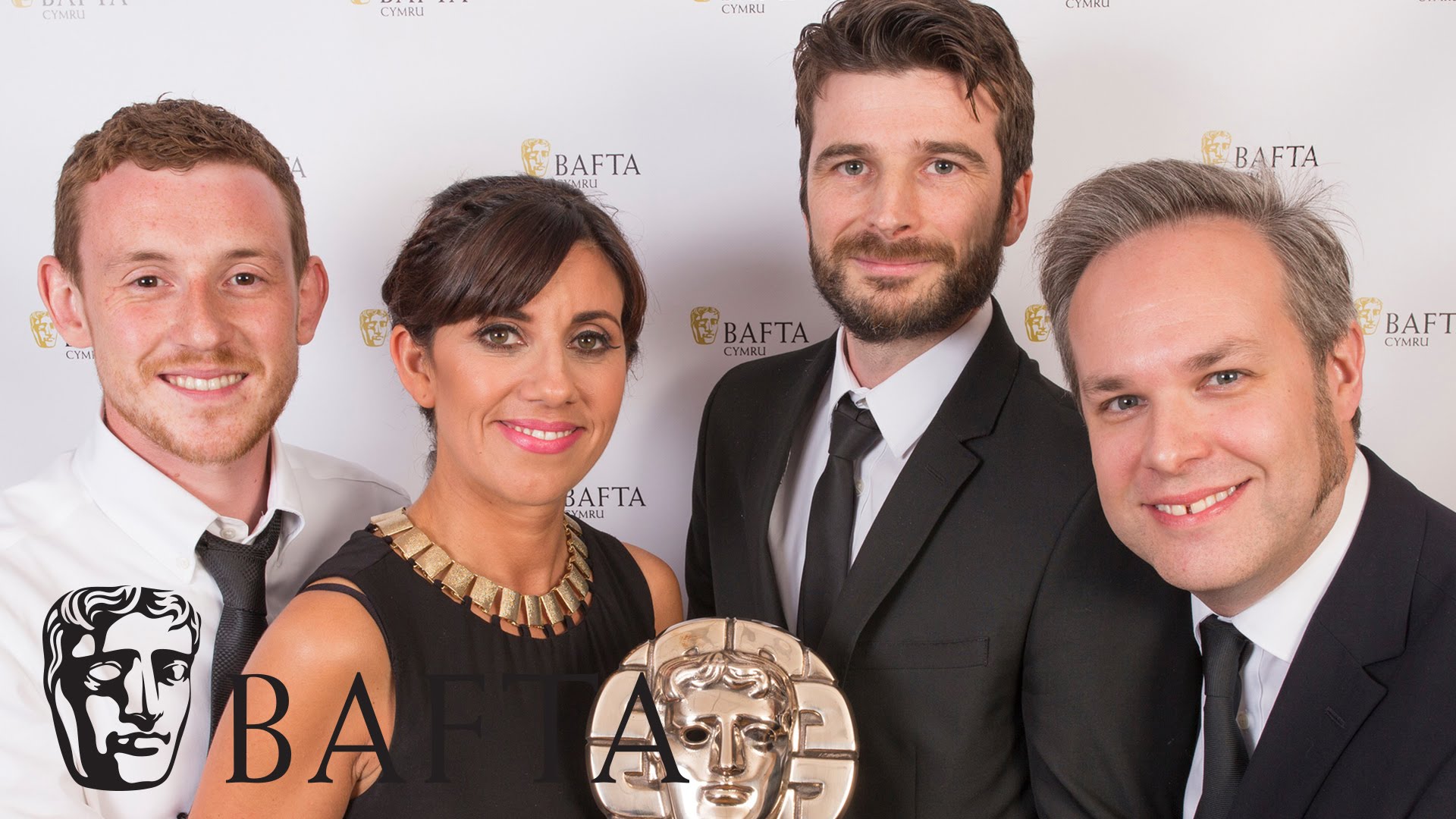 Much to our delight we won the award in this category, beating off fierce competition from VFX heavy shows Doctor Who and Da Vinci’s Demons