Established in 2012, Frontières takes place twice annually – in Montreal in July and in Brussels in April, at the Brussels International Film Festival (BIFF). The events aims to connect North American and European industry professionals in the hope of stimulating the co-production and co-financing of genre films.

Here’s what Pete had to say about his trip:

‘I was at Frontières to meet producers from all around Europe and North America to discuss the VFX needs for their projects. It was also an opportunity for me to showcase and talk them through our work on other low budget genre films.

The event is based on international co-productions so I was speaking to people whose projects are in the early stages, something that ties in well with our ‘story first’ approach and our preference to be involved in projects from early on in the production process.

It really was a full-on few days as the event timetable is jam-packed with one-on-one meeting sessions, consulting sessions, workshops, panels and networking events – but it was very valuable in terms of making new connections and identifying potential opportunities to collaborate.

Unfortunately, Frontières took place just shortly after the terrorist attacks in Brussels so there was a tangible sense of nervousness around the whole city. It was, however, heartening to see the resilience of the people there and their determination not to let the attacks stop their day to day lives in this beautiful city. I look forward to returning in 2017.’ 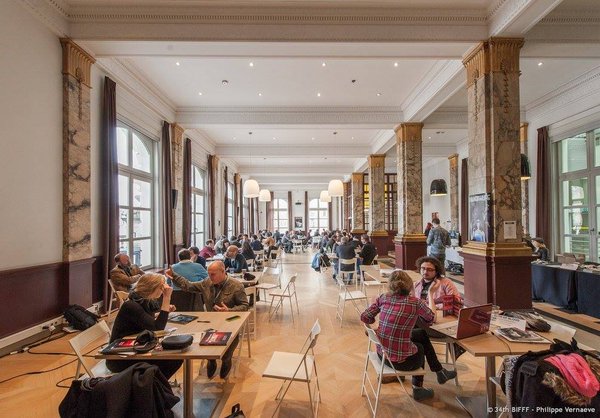 'It was very valuable in terms of making new connections and identifying potential opportunities to collaborate.'