We have developed an on-going relationship with the National Film and Television School Digital Effects MA course and welcomed our first two interns from the school last summer.

Xi Zhao and Robin Rhee both joined us for an 8 week compositing internship, the first one of its kind operated by NFTS outside of London (other interns headed to MPC, Framestore and The Third Floor in Soho).

Our Creative Producer Peter Rogers was very impressed with how the interns performed: “It’s been an absolute pleasure having two NFTS interns in the studio this summer. Both Xi and Robin have been a real credit to the course and it’s refreshing to have such professional, deadline-driven and capable interns. They both started off doing roto and paint out work, but have moved onto compositing shots as well because they’ve been doing such a good job. We’ve been able to give them a variety of projects to work on, including clean-up work on a documentary feature and an S4C TV drama series, along with shots on high profile shows like BBC’s Casualty and Sky One’s Stella.”

‘They’ve both come to feel like a real part of the team during their time in Cardiff and they’ve handled everything we’ve thrown at them excellently. As a true boutique we work very closely with the productions we are involved with, so we have also been able to offer both interns the opportunity to assist our VFX Supervisor on-set. This has included time on S4C drama 35 Days and indie horror film Don’t Knock Twice, produced and directed by the team behind The Machine. We look forward to welcoming more interns from the course in the future as this placement has worked out especially well.’

Student Robin Rhee said: ‘My experience at Bait Studio gave me the chance to get an insight into how a VFX house works and what kind of works and pipeline is required in a real production. Being on set was also a valuable time – I got to talk to many people, learn various things first hand by assisting Christian or by looking over the shoulder of other crew members.’

Bait will be welcoming more NFTS interns in 2016 and Robin recently joined the studio as Junior Compositor.

John Rowe, Head of Digital Effects as NFTS, said: ‘It’s exciting to meet people like Bait Studio that share the same fundamental storytelling philosophy as the NFTS – we are confident that our students will fit right in here. We are also excited at the prospect of forming on ongoing partnership with Bait, who sit right at the heart of the creative industries in Cardiff.’ 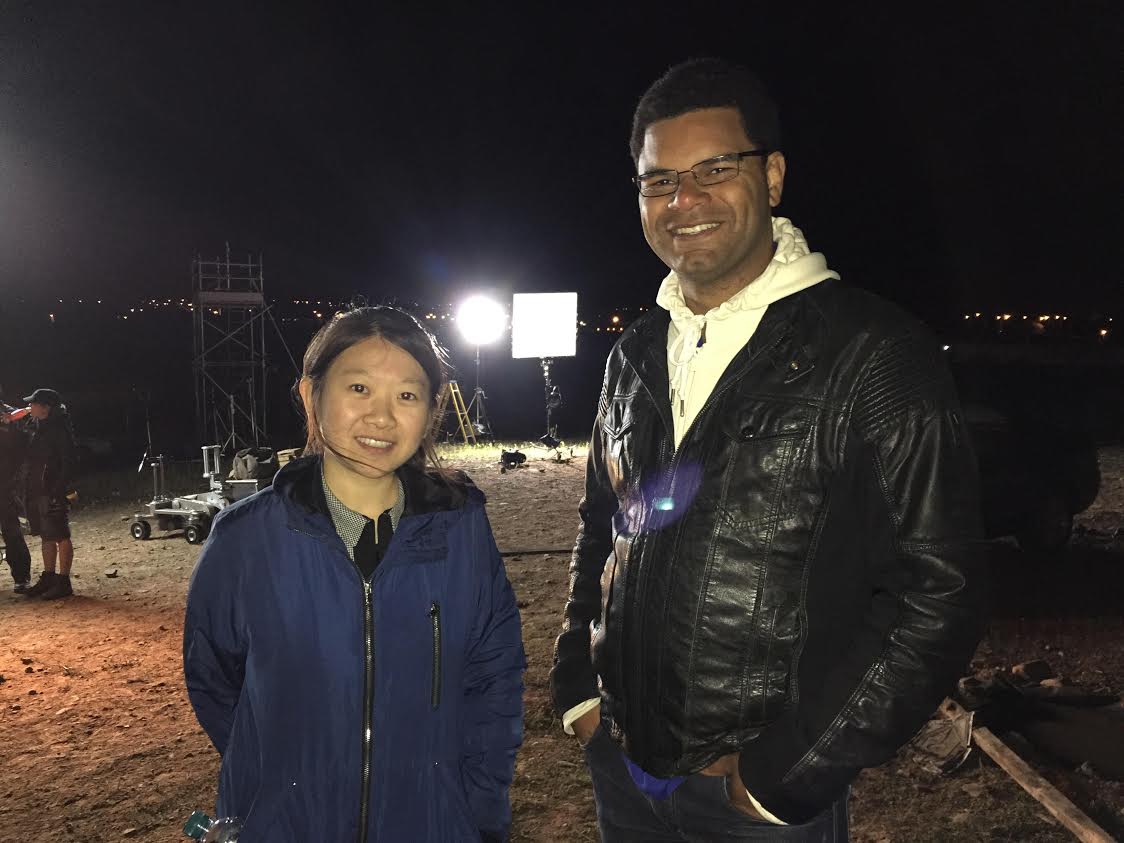 'It’s exciting to meet people like Bait Studio that share the same fundamental storytelling philosophy as the NFTS.'