"Bait's creativity and vast experience helped us to not only develop stunning opening titles for the show but aided us define the brand of our project."

We worked with independent production company Joio to design and create titles for their bilingual crime drama series.

We were involved very early in the show’s development, working on initial visuals and concepts for the titles prior to the show being commissioned, to help shape the tone and feel of the series. We then honed and developed this approach to suit the finished series, which features music by Alabama 3 (The Sopranos).

Bang is the story of a brother, a sister and a gun and we used that central conceit as our focal point, along with the show’s multi-faceted location Port Talbot, which is almost a character in its own right. We modelled a CG gun and used that as a device to hold footage from the series. The red hot feel of the gun had a dual meaning, firstly it symbolised the work done at the town’s famous steelworks and secondly it demonstrated how the gun creates figurative heat and a trail of destruction for anyone who came into contact with it.

Series creator Roger Williams said “Working with Bait on Bang’s title sequence was a very rewarding and positive experience. Bait’s creativity and vast experience helped us to not only develop stunning opening titles for the show but aided us define the brand of our project.”

As well as working on the titles, we also provided all of the visual effects for the six part series within our VFX team. 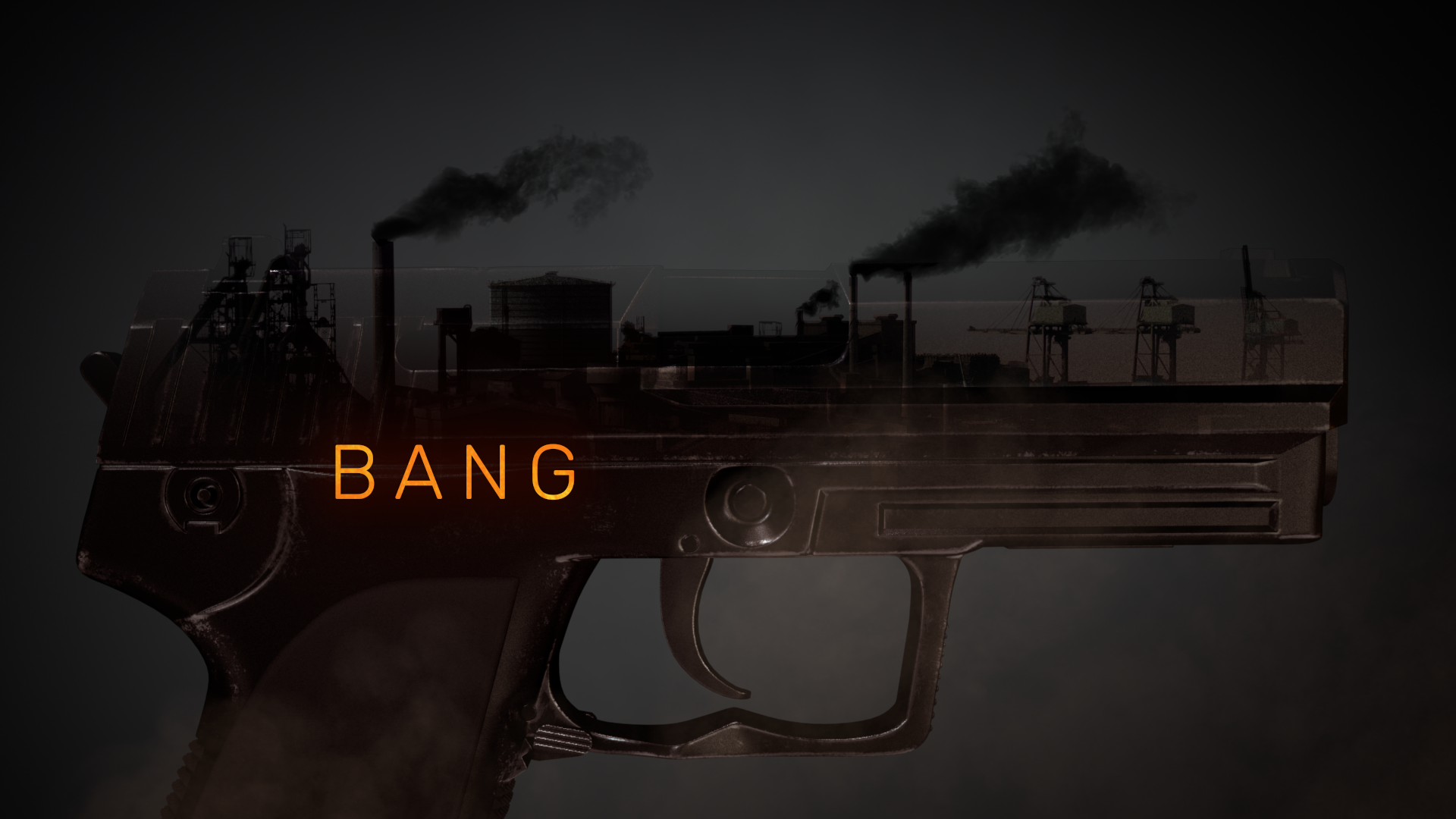